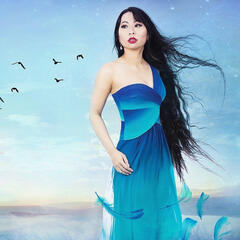 Living and creating on the unceded territories of the xʷməθkwəy̓əm (Musqueam), Skwxwú7mesh (Squamish) and Səl̓ílwətaɬ (Tsleil-Waututh) First Nations.

Jacqueline Ko (she/her) is a multi-award-winning soprano who “knows exactly what to do with an absolutely gorgeous voice” (Review Vancouver). A versatile performance and recording artist whose work spans opera, theatre and film, a few of her notable role highlights include Fiordiligi in Così fan tutte, Angelica in Suor Angelica, Sharon in Master Class, Lauretta and La Ciesca in Gianni Schicchi and the Queen of the Night in The Magic Flute. Praised for her “definite aptitude” (Opera Canada) as the founding artistic director of Opera Mariposa, Canada's first fully disability-run opera company, she is also an internationally-recognized disability and chronic illness advocate who has raised over $125,000 to date for chronic neuroimmune diseases such as Myalgic Encephalomyelitis (ME), with which she has lived since age six. Thanks to her work advancing disability visibility in the arts, in 2019 she was selected to become the first Canadian Ambassador for Open Medicine Foundation, a global organization whose other representatives include international bestselling authors and Nobel laureates.